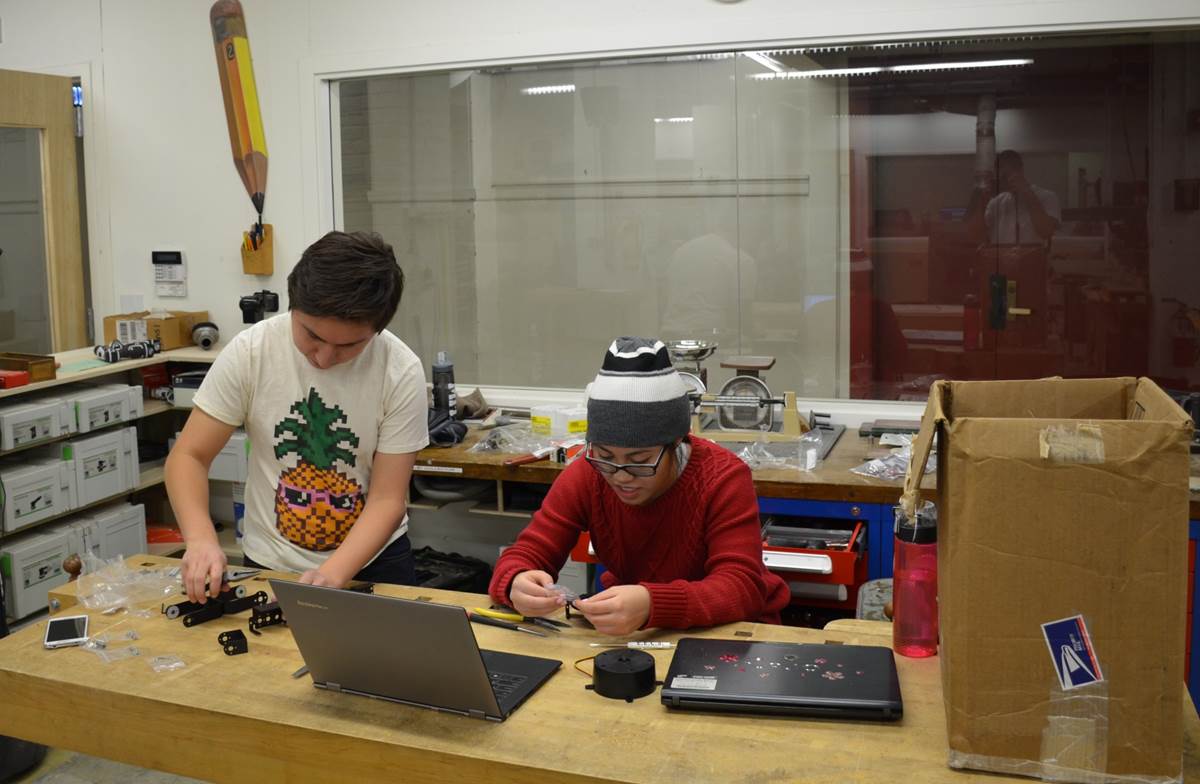 “Neither snow nor rain nor heat nor gloom of night stays these couriers from the swift completion of their appointed rounds.”

This creed from the United States Postal Service is fitting for the students who recently participated in MIT Momentum, a design class for first and second year students sponsored by the Office of Minority Education. Boston’s recent Snowmaggedon caused a slight change-up in the Momentum schedule, but the engineering competition took place nevertheless on Friday, January 30.

Eight teams of MIT undergraduates worked over the course of four weeks in January to develop an EMG-controlled hand and arm that could serve coffee, write an invitation, dial a rotary phone, serve food and set the table. The theme, as you might guess, was organizing a dinner party. Each team had a $500 budget to purchase extra EMG components or materials to build the robotic limb.

Professor Joel Voldman, a deputy director at the Center for Sensorimotor Neural Engineering, taught the class, emphasizing an exploration of brain-computer interfaces and developing a competition around assistive technology.

“We decided that teams would build an upper limb prosthetic with a robotic limb and hand, and EMG sensors,” said Voldman. “The goal was to help someone who is paralyzed host a dinner party. The graduate students came up with a bunch of tasks that get at different aspects – writing something on an envelope, setting up the table, dialing a rotary phone, and serving food.”

The class included lectures early on, with Voldman introducing neural engineering concepts and lectures on aspects of engineering like Arduino coding, and programming a robot on where you want it to go. UW’s Matthew Sample talked with the students about neuroethics.

The teams then had about two weeks to do the build. During the final week, the student teams presented their projects to the Industrial Advisory Council for Minority Education. This included a 10-minute lightning talk and poster presentation, both judged by industry members.

Freshman Trang Luu, a member of Team Pyro, which came in second place, said she gained more than just a prize through the class. “Momentum for me was about learning and getting along with my teammates,” she said.

“We’re all freshman. It takes hours of time to make new friends. We always say here at MIT that you can’t make it here by yourself.  It’s like climbing Mt. Everest.  It’s like a mountain that has teeth, and fire and sharks and dragons, and you can’t climb that on your own. I now have three really great friends, thanks to Momentum.” 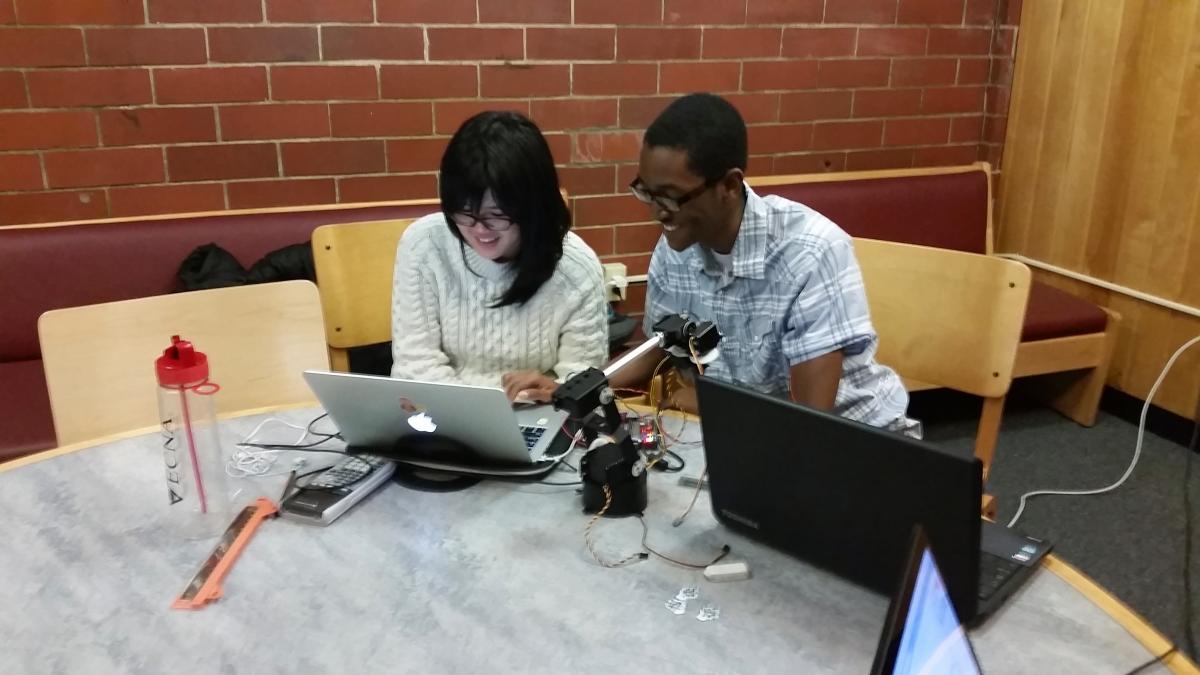 Hugh Day-Williams, a freshman and part of winning team hARMony, said he’s now a lot more confident approaching a new task. “It was an experience not only in building a robotic arm but also in being confident in your own ability to learn on the fly and adapt to new challenges,” he said. “I didn’t get stressed out about the fact that I might not understand something and, instead, focused on the task and getting it done in a short amount of time.”

Voldman said Momentum could perhaps be expanded into a CSNE-wide competition, with teams at MIT, UW and San Diego State University. “It’s got a low budget, and is accessible to new college students,” he said. It also appeals to many students. “The nice thing about neural engineering is it is intrinsically cool. People instantly get why it’s useful but it also has this neat factor to it.”

Luu said, in fact, that she was immediately interested in the class after seeing the description. “I had other opportunities to travel, but the title—brain-computer interfaces—got me so excited. One of my best friends signed up with me.”

Voldman said seeing what the students created was incredibly rewarding. “The tasks were really hard, and the teams had about two weeks to design the build. They came back with these amazing things. That’s what’s cool. If you don’t tell them it’s not possible, they won’t know it’s not possible.”

Momentum is MIT’s version of the Tech Sandbox, a course at the University of Washington developed by University Education Manager Lise Johnson. Both MIT and San Diego State University are implementing their own versions of the popular class.