Mickey Gendler talks about the future of assistive devices, his daily challenges 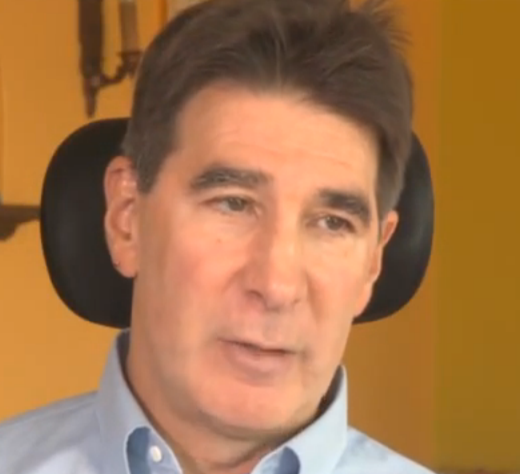 It’s 90 degrees in Seattle and Mickey Gendler is one of the few people in the city who actually appreciates the heat. His temperature sensitivity is one of the things he’s living with, after a spinal cord injury that happened eight years ago.

“Before my injury, I would walk around the house in shorts and a t-shirt and set the thermostat at 62,” Gendler said. “My wife would be freezing. And now, she comes in and throws the windows open and claims I’m boiling her out of the house.”

This increased sensitivity to temperature is one of the things Gendler wants people to know about his spinal cord injury. As a board member for the Center for Sensorimotor Neural Engineering, Gendler said he hopes to educate researchers, staff, graduate students and the public about people living with disabilities.

Gendler was invited to join one of the Center’s boards by Deputy Director Chet Moritz, who he’d met several years ago. They spent time together last December talking about CSNE research and the possibility of serving on a board. “Chet figured out what assistance I could provide in giving feedback to people working on developing and bringing out devices that could help people with various neurology disorders or conditions,” said Gendler.

Formerly an avid cyclist, Gendler says he still relates more to people who bike than people who have had a similar injury. He is extremely articulate and meticulous in describing his injury, which is not surprising because of his training as a lawyer.

He still works on cases through Gendler & Mann, LLP, a firm he founded in 2003 with colleague David Mann. Their work is devoted to environmental, land use and civil rights law. Gendler has also served on the American Civil Liberties Union’s legal committee in Washington state since 1980.

Since the injury, Gendler said that it’s difficult for him to control his emotions. Almost everything good that happened to him or that he talks about now makes him tear up, he said in an email he sent after we met. This happened several times during our interview, when he reminisced about seeing Bruce Springsteen at the Key Arena five months after his injury and when he talked about the home in Bend, Oregon that he and his wife, Nan, had to sell following the injury. They needed a second home in warmer climates, so they now spend the winter in Palm Springs.

Life as a quadriplegic 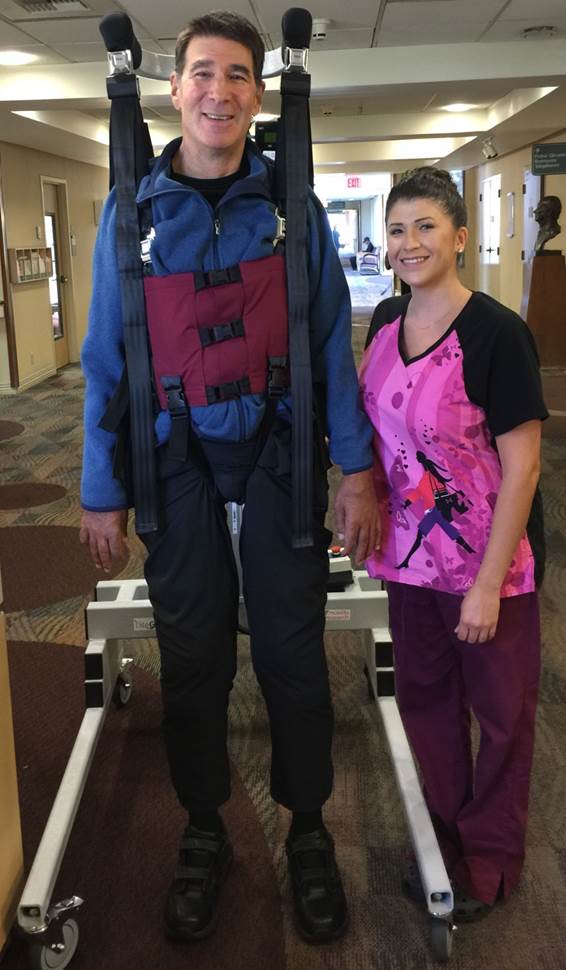 How does he describe his injury? “I’m an incomplete, so I can stand,” said Gendler, shortening the expression, “incomplete spinal cord injury.” He is also a quadriplegic, which means his four limbs are paralyzed.

“My arms are affected and they don’t help me stand,” he said. “Using them exhausts me quicker because they’re weaker.” Gendler can walk with a walker (with someone spotting or guarding him to prevent falls). He can also walk with a cane, again with a spotter or caregiver. “I end up on the floor occasionally,” he said, with a smile.

Of the research that he’s seen so far—not just at the center, but also at the University of Washington—Gendler said that he is most interested in devices that would help people control urological functions, like urinating. “That’s of interest to me personally because I can’t do it and because it’s not a voluntary action,” he said. It would help save him time during the day and is also a concern health-wise.

Health issues can slow him down

The most important part of getting rid of a catheter would be the reduction or elimination of urinary tract infections, one of the most common healthcare-associated infections, according to the Centers for Disease Control and Prevention.

Gendler said he typically gets six to nine UTIs, as they’re known, a year. “In the last eight or nine months, I’ve only had three,” he said. “So I’ve been on a relatively good roll. But they’re painful, debilitating and set me back a few weeks. Controlling involuntary actions or things that you can’t work on is of interest to me.”

In talking about this research, Gendler emphasized several times the research that was of interest to him for, as he described it “selfish” reasons. “Other people in other situations might have different priorities. It shows the variety of conditions that go along with spinal cord injury. A lot of people have limited awareness of the variety of conditions.”

What questions to ask?

This leads us back to what Gendler sees as his role within the CSNE. He wants to help people better understand how much variety there is for people who have a spinal cord injury, and that there is no one response to the question, “What is the world like?” or “What would people with a spinal cord injury find helpful in assistive technologies?”

What researchers might want to ask is: Would there be user acceptance if you had to put electrodes on your head every time you used a device, and then comparing that to user acceptance if it involved a surgery and how long the battery lasts, so how often would you need this type of surgery? CSNE researchers are asking similar questions in interviews led by the neuroethics team.

Gendler said he sees a conversation revolving around “those things in depth, where the researchers could ask us and then give us enough information to provide a more informed answer as to what we would like and why.”

As we approached 40 minutes in the interview, Gendler mentioned the pain he feels when talking for a length of time. He still wanted to continue.

“It’s already there,” he said. “It’s something I fight through all the time. I was interviewing someone recently for a project I’m doing. It was pretty painful. We went on for about four hours. It really left me exhausted but it was something that I wanted to do. By the time I committed to it, I had to do it. I wasn’t going to do it and just say, ‘Oh yeah, it hurts.’ I don’t like to complain about it because I don’t think whining improves your attitude.”

Gendler, a member of the CSNE’s Practitioner and End User Advisory Board, is the guest speaker at a July 8 roundtable discussion for CSNE members. We’ll include other comments he shared during this recent interview in future blog posts.