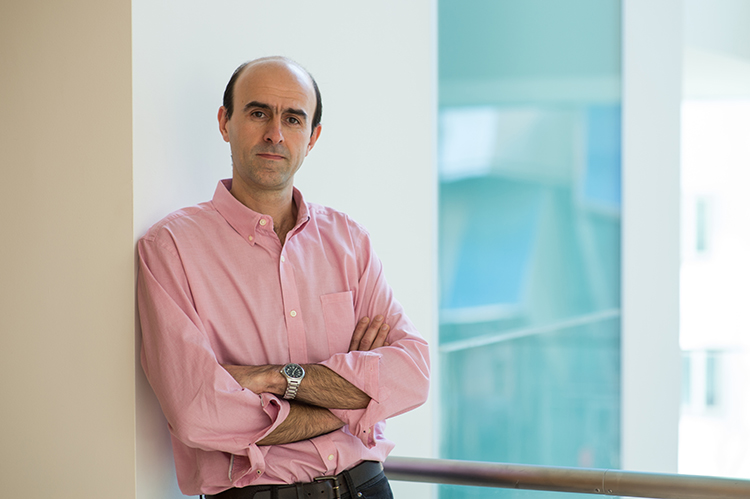 Most of us don’t give too much thought to the effort required to do simple tasks like throwing and catching a ball, bringing a coffee cup to our mouth to take a drink, or controlling the speed at which we speak. However, each of these activities requires our brain to draw on previous experiences and sync them up with sensory information and cues from our external environment in real-time. For every movement we intend to do, lightning-fast calculations are occurring behind the scenes, deep within our brains. Neural systems execute processes aimed at successfully accomplishing our intended goal, whether it may be catching that ball, taking a sip of coffee, or speaking clearly and slowly for a presentation at work.

Center for Neurotechnology (CNT) member, Mehrdad Jazayeri, and his research team at MIT (the Massachusetts Institute of Technology) study neural mechanisms that enable the brain to integrate sensory input with existing knowledge and external cues to produce flexible, goal-directed behavior. His recent work has focused on how the brain processes and tracks time, discovering that timekeeping within the brain relies at least in part on the neurons responsible for producing a specific action. This research is building a foundational understanding of how neural system dynamics within the brain operate. It is also enriching knowledge that will help the CNT engineer brain-computer interfaces capable of improving health and function in dramatic ways, such as helping essential tremor patients better control their own treatment or providing a sense of touch for people with prosthetic limbs.

“My work is almost entirely on the basic science side to try and characterize this [dynamical neural system], but the value of it from the CNT’s perspective, and why they thought it was suitable for the type of work they are doing is that they are trying to interact with the system,” Jazayeri said. “They want to make things that will either bring signals into the system or extract signals from the system. In order to do that, it’s really valuable to know what the underlying principles are that the system is using to communicate with itself.” 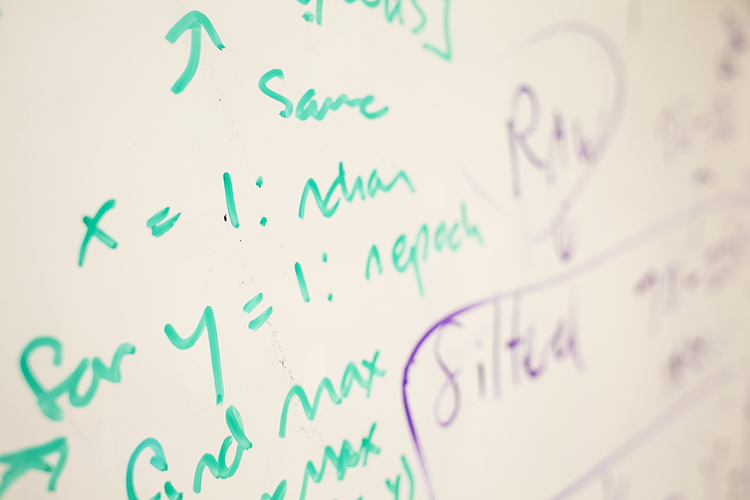 In addition to studying how the brain keeps time, Jazayeri’s lab uses time as an innovative, experimental tool to study sensorimotor coordination in ways that allow this complex process to be broken down into its fundamental components. For example, an animal or human test subject can be trained to hear two rhythmic pulses in a row and push a lever to produce a third pulse in time with the rhythm. As the test subject internally prepares to push the lever in time with the beat, dynamic neural processes are happening inside their brain. There is neither sensory input, nor is the subject moving while these processes occur. This absence of input/output gives the researchers a clearer window through which to observe neural processes inside the brain without having those processes confounded by sensory input or motor output.

While these internal neural processes are being observed, the researchers learn more about how the neural system operates through a method called perturbation, which is intentionally disrupting the dynamical neural system in precise ways in order to better understand the underlying principles that control its activity. It’s somewhat akin to poking and prodding a spinning top in different places to see what points make the top stop spinning and fall over and what points have little to no effect. Using observation and perturbation, the researchers then build mathematical models describing these neural systems in detail from the data they have gathered, a methodology called system identification.

Jazayeri’s research team also builds computer models of neural systems, which interact in ways that mimic the ways living brain neurons interact. These in-silica brains, or artificial neural networks, are helpful in that various methods to test the neural system within the computer can be rapidly explored and then translated to useful experiments in real, living systems.

Another advantage of artificial neural networks is that after the computer model has performed an experimental task, it can be reverse-engineered and dissected to better understand key control principles of neural processes. The research team can also compare solutions the artificial neural network has found when performing an experimental task and see if it is compatible with what they have observed in living systems.

“These are our efforts to open the [dynamical neural] system up more and more in detail,” Jazayeri said. “The hope is that the more reductionist and clear-cut we are about which part of the system [we are looking at], and at what point in time we’re studying it, the better precision we’ll provide to people who want to interface with it.”

Learn more about Mehrdad Jazayeri and his research in MIT News and on the McGovern Institute for Brain Research at the MIT website.