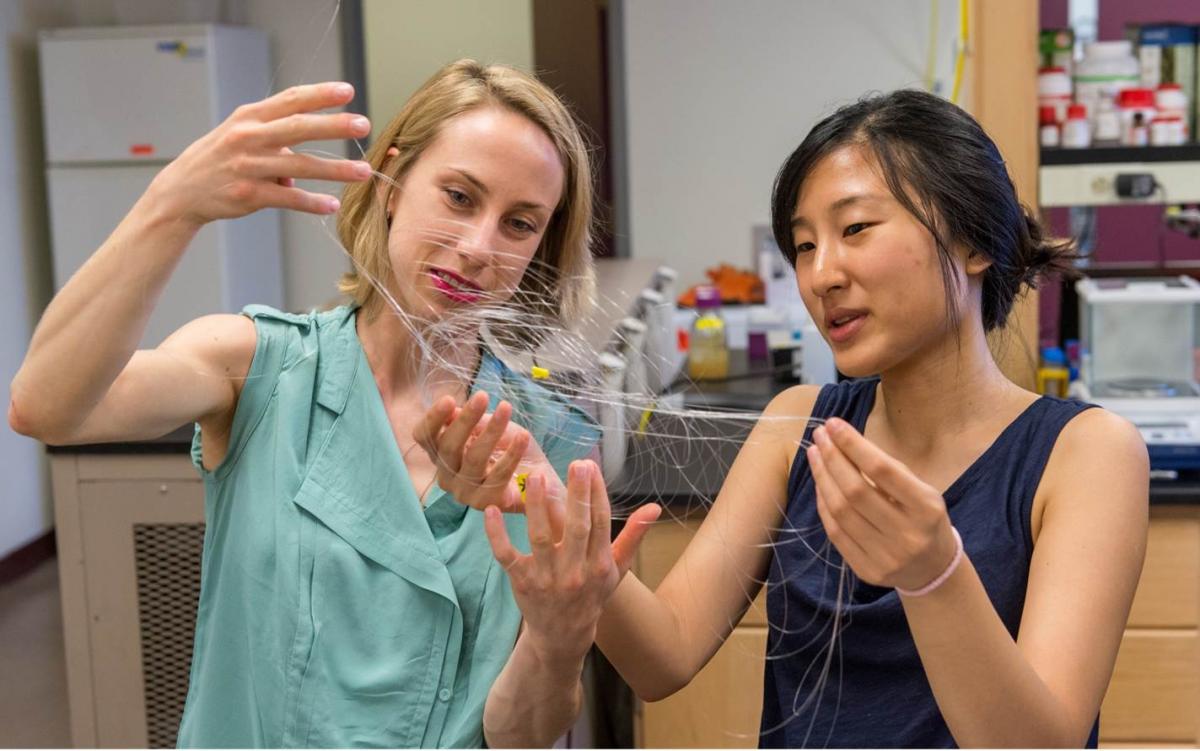 A team of researchers at Massachusetts Institute of Technology (MIT) has demonstrated simultaneous recording and optical stimulation of neural activity in the spinal cord using flexible fiber probes, moving this type of technology a step closer in helping to restore motor function in people who are paralyzed or disabled.

The study demonstrates for the first time simultaneous optical stimulation and neural recording in the spinal cord of mice, using optogenetics, a technology for controlling neural activity with light. “Polymer Fiber Probes Enable Optical Control of Spinal Cord and Muscle Function In Vivo,” was published in advance online in Advanced Functional Materials.

Probes used in the study continued to work at angles greater than 180 degrees, which is much larger than the daily movements of people (including even a yoga instructor).

Restoring motor and sensory functions in people who are paralyzed requires tools for real-time recording and stimulation of neural activity in the spinal cord. Creating a device for this part of the body also has its challenges; Think about what happens to your back when you bend over to tie your shoes, or even reach across your desk to pick up the phone.

Chi (Alice) Lu, graduate student in Materials Science and Engineering at MIT and lead author of the study, said the approach to creating the probe stems from thinking about how fibers are constructed. The probe was fabricated using a thermal drawing process, the same technology that is used to create optical fibers.

"We first developed the probes three years ago, specifically for neural recording, and integrated additional functions like optical stimulation over the past two years,” said Lu, who works in MIT’s Bioelectronics Group, which is led by Professor Polina Anikeeva.

The fiber probes are made of polymers, materials that provide flexibility and are compatible with tissue or a living system.  “Our bodies are a mix of various types of polymer, like proteins,” said Lu.

“Polymer fiber processing has never been applied to neural probe engineering,” said Anikeeva, in an interview with Phys.org. The technology is not yet transferrable to people, whose neurons are not sensitive to visible light (with the exception of neurons in the eye), Lu told Phys.org in the same interview.

The probes can be inexpensively reproduced, and on a large scale, said Lu. “The probes allow us to have a 3D device, and it also opens the door to create a ‘next generation’ of neural prosthetics.” A cochlear implant is an example of a neural prosthetic.

What’s next? Lu, Anikeeva and the team want to develop new materials for the probes that would decrease the size of the electrodes and also the size of entire device, Researchers also would like to conduct additional studies with the probes to confirm the biocompatibility and test the function in animals that are awake.

Lu’s research is funded, in part, by the Center for Sensorimotor Neural Engineering. Anikeeva is a principal investigator at the CSNE.