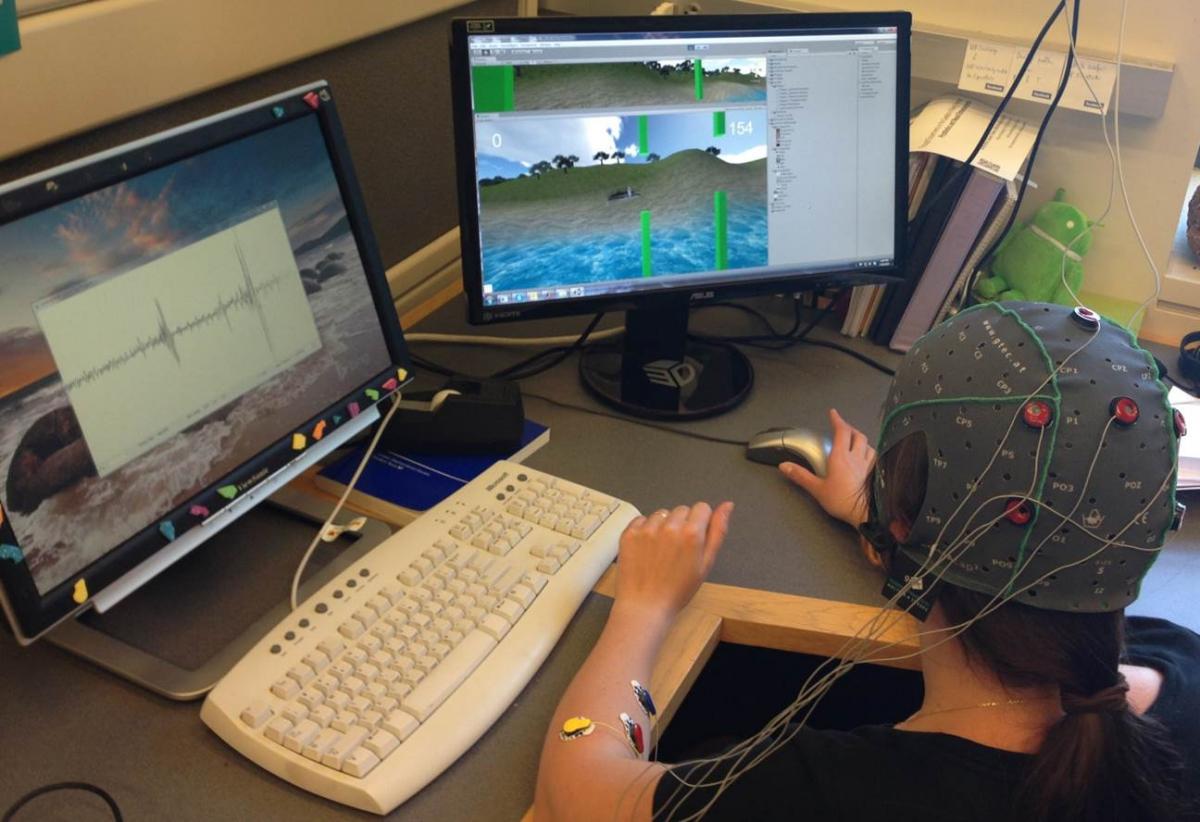 Researchers at the University of Washington will soon kick off a study to help protect people who use brain-computer interfaces, devices that sense electrical patterns in your brain.

Tamara Bonaci, graduate student in the Department of Electrical Engineering recently explained her research on National Public Radio. The BCIs, as they’re known, are new technologies.  MindWave, from NeuroSky, Emotiv’s EPOC and Muse from Interaxon are examples of BCIs that anyone can buy online. Muse’s display at the 2014 Consumer Electronics Show in Las Vegas was wildly popular with consumers and media.

Currently, the devices can tell if you’re relaxed, excited or focused. Information collected from these devices can also be used to control a video game. And companies working in this realm are promising even more uses in the future.

Advances in this field are happening faster than anyone thought they would take place, said Howard Chizeck, professor in the Department of Electrical Engineering and Bonaci’s advisor.

During the NPR interview, reporter Martin Kaste tested the research, with help from Bonaci and Jeffrey Herron, a fellow graduate student. Kaste wore a set of electrodes on his head and on one of his arms. He played a video game, Flappy Whale, and made the whale go up or down, helping to navigate its way through tubes. Flappy Whale was created by UW undergrad and graduate students as part of the Tech Sandbox Competition that took place last spring.

“The game becomes increasingly harder, and you have to focus on the whale,” Bonaci said. “And while you are doing that, we may introduce stimuli –logos of retail stores or restaurants. The sensors pick up on a person’s reaction to those stimuli.”

In other words, if you prefer Target over Walmart and McDonald’s over Burger King and Kentucky Fried Chicken, Bonaci and her team will know.

The researchers said they hope to analyze data by the end of the summer, and have set a longer-term goal of creating a device to prevent someone from hacking into your brain, essentially, when you’re using a BCI.

“We don’t want to stifle progress and advances,” Bonaci said. “We can do a lot to prevent threats from happening and, if we do it properly, we’re actually encouraging progress and development.”

• When using search engines and social networks or shopping online, log out every time, even if you go back in five minutes. If you don’t log out, some sites may and will track your behavior.
• Clean your search history and regularly delete cookies. “There’s nothing magical happening here,” said Bonaci. “Companies are storing a little piece of information on us, and it’s easy to clean out that information on our side.”
• With most web browsers, you can choose “private” browsing. It’s useful up to a certain extent, Bonaci said.
• Be careful and cautious about what private information you post on social networks, and keep in mind that photos may be taken out of context. Hiring managers now use social media profiles to make hiring decisions. And a Carnegie Mellon study found that the way we present ourselves on social media may have an impact on employers’ hiring behavior.

To learn more about the study, contact Bonaci and her research team.

Bonaci and Chizeck were also interviewed by GeekWire radio.