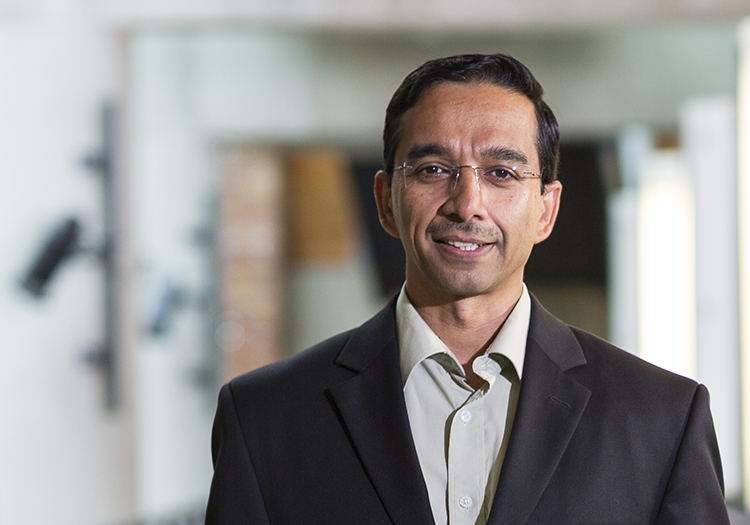 A new paper by CNT Co-Director, Rajesh Rao, proposes an innovative conceptual framework based on artificial neural networks for bi-directional brain-computer interfaces (BBCIs). This new way of thinking about BBCI development points a viable way toward moving neural devices out of the laboratory and into real-world settings.

A brain-computer interface is a type of neurotechnology that can use signals from the brain to control devices such as prosthetics, cursors or robots. In contrast, a bi-directional brain computer interface (BBCI) takes this technology one step further by adding a way for sensory feedback to be transmitted into the brain. This creates a “closed-loop” system where feedback is used to regulate the system itself. To illustrate, a user of a smart, sensory-enabled prosthetic limb linked to the brain through a BBCI could mentally will the prosthetic to move (for example, pick up a cup of coffee) and also receive tactile feedback from the artificial limb (how hot the coffee is and how tightly they are gripping the cup). The BBCI creates this closed-loop by integrating neural decoding (intentions) and encoding (sensory feedback) into a single system.

Center for Neurotechnology (CNT) Co-Director, Rajesh Rao, recently published an article in the journal Current Opinion in Neurobiology that provides a concise, state-of-the-art review of BBCI development. His paper introduces a new way of conceptualizing this neurotechnology, proposing that BBCIs can function as “neural co-processors” for the brain. Rao examines a BBCI’s ability to simultaneously decode and encode neurons for closed-loop control and its potential to induce neuroplasticity, a way in which the brain naturally heals and restores itself after injury.

Rao also explains in detail a unifying framework for viewing BBCIs as neural co-processors and bases their development on artificial neural networks and deep (machine) learning. This is significant because the new conceptual framework points a viable way toward moving BBCIs out of the laboratory, where they now chiefly reside, to real-world settings where they have the potential to assist, augment and even restore function in people impacted by spinal cord injury, stroke and other neurological disorders.

Rao asserts that to transition to real-world conditions, BBCIs must co-adapt with the nervous system and jointly optimize behavioral cost functions. He proposes that BBCIs, when thought of and developed as neural co-processors, could be used to jointly optimize these cost functions to achieve desired behaviors. This means that a brain and body equipped with the extra processing capability of a neural co-processor would be empowered to perform a wide array of desired tasks, ranging from targeted neuro-rehabilitation to augmentation of brain function.

Read Rao’s full article, “Towards neural co-processors for the brain: combining decoding and encoding in brain-computer interfaces” and an in-depth review of his paper by Niko Kriegeskorte.