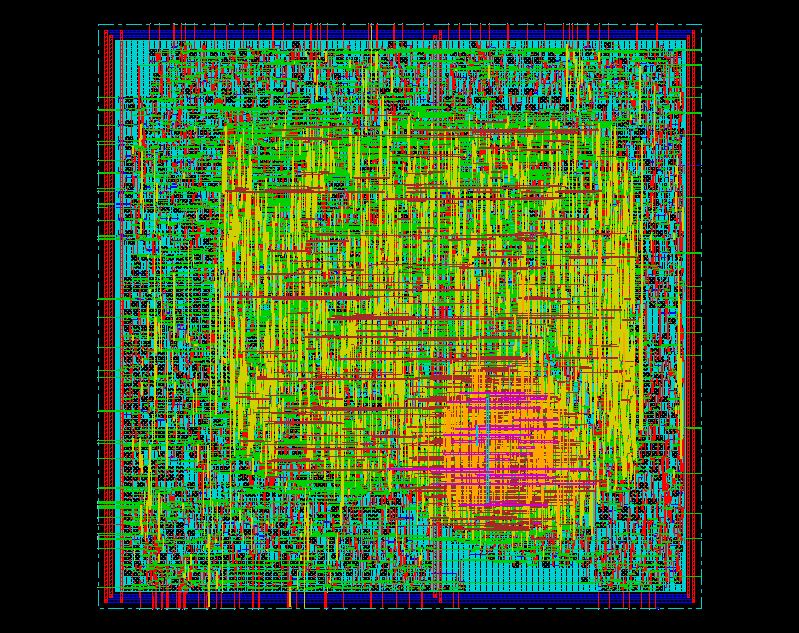 Jameson Thies is currently a graduate student in the Department of Electrical and Computer Engineering at the University of California, Davis, but his interest in neurotechnology began long before he started his graduate studies. While he was an undergraduate student at San Diego State University (SDSU), Thies took a digital circuits class with Center for Neurotechnology (CNT) member Amir Alimohammad. The class piqued Thies’ interest in neurotechnology, which then led him to join the CNT-affiliated VLSI Design and Test Laboratory at SDSU.

Computer chips are at the heart of many neural devices, and finding ways to optimize them is a crucial part of developing viable neurotechnology. Researchers at the CNT have been tasked with engineering neural interfaces that have low power requirements and are capable of high data transfer rates without dissipating large amounts of heat, which can damage surrounding brain tissue.

Thies and Alimohammad published a research paper that addresses this challenge. They proposed a series of digital microsystems that compress neural data using autoencoders, a relatively small type of neural network that is trained to create an efficient representation of input data as its output. This means that a large amount of neural data input to the autoencoder-based compression system could be output to a neural device’s transmitter as an efficiently compressed representation of the original input, sending only the key data points the neural device needs to interface effectively with the brain.

“As data propagates through a neural network, its representation can change [in] size layer by layer,” Thies said. “The data is compressed layers that are smaller than the network’s input.”

The data given to the autoencoder is high-resolution and large, while the autoencoder-based compression units output smaller and efficient representations of the high-resolution input. For this reason, autoencoders can be used to develop brain-computer interfaces (BCIs) that take simultaneous recordings from a large population of brain neurons. This neural data could be used in a variety of clinical applications, such as operating a smart prosthetic. Long-term, these BCIs could be used to assist and empower people with spinal cord injuries, stroke and other neurological disorders.

For this study, the researchers used a database of simulated neural waveforms from the California Institute of Technology, and neural data recordings from epileptic patients. These waveforms and data recordings had a low variance between neural spikes, which enabled the autoencoder to learn common features in the data when compressing it.

“Autoencoders work best on data that is uniform, like neural spikes,” Thies said. “That way, the training algorithm can focus on learning the more minute details of the neural spike data.”

The compression ratio is the proportion of the uncompressed data’s size to the compressed size of the data after it goes through the early layers of an autoencoder. A lower compression ratio suggests that more partially encoded data is sent through during compression, but this can require more power and dissipate more heat in the brain. Researchers must carefully choose autoencoder parameters that balance the tradeoff between compression ratio and reconstruction quality, giving the neural device just enough data to communicate effectively with the brain.

However, Thies and Alimohammad emphasized the idea that the data processed by BCIs is inherently noisy. For example, noise can be introduced from the BCI’s electronic components, such as the voltage amplifier and analog-to-digital converter.

“It’s important to understand that there is some inherent amount of imperfection in the signal that’s imposed by digital compression,” Thies said.

This research paper contributes to the broader development of BCIs. BCIs can be used to collect data from a relatively large number of neurons and often require many sensors, but transmitting data from multiple electrodes can dissipate excessive heat, which may damage sensitive brain tissue. Autoencoders could potentially be part of an implanted BCI system that is used to compress data and avoid harmful amounts of heat dissipation on chips that are embedded in neural devices. Once the data is off-chip and circulating within the neural device, it can be reconstructed using part of the same autoencoder that was used for compression.

“It’s very exciting to contribute to a growing body of research which not only pushes the bounds of biomedical engineering, but also has the potential to positively impact the lives of people with spinal cord injuries,” Thies said.

Read the research paper “Compact and Low-Power Neural Spike Compression Using Undercomplete Autoencoders” here, and learn more about the VLSI Design and Test Laboratory at SDSU on its website.